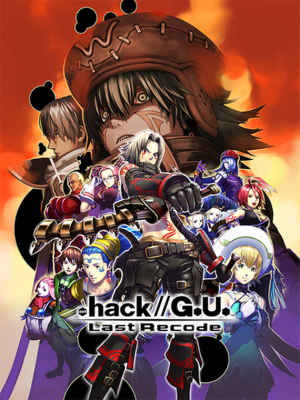 .hack//G.U. Last Recode is a HD Remaster of the .Hack//G.U. Trilogy of games for the PlayStation 2. The remaster features the original three games: Rebirth, Reminisce, and Redemption, as well as adding a fourth entry into the series Reconnection. The Terminal Disc, which was originally a bonus disc packaged with the special edition of Rebirth is also included, as is Parody Mode. The remaster was initially released for PlayStation 4 and Microsoft Windows via Steam in 2017. In 2022, the Nintendo Switch Port was released to coincide with the .hack 20th Anniversary. The Switch release was primarily digital, with a physical special edition called .hack//G.U. Last Recode: Begins Edition.